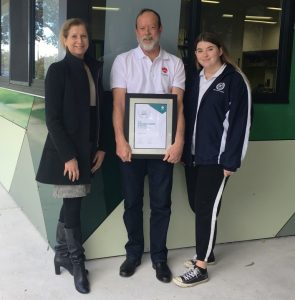 During 2017 and 2018, I mentored two groups of high school students in the Cecil Andrews College Project Based Learning Programs under the guidance of experienced STEM teacher John Townley  and Principal – Stella Jinman

The first group consisted of  4 boys and three girls  from year 11.

They were offered the use of the school 3D printer and laser cutter for their project and decided to design and produce a montage of a penguin playground over a period of several weeks.

During the project, they were taken to the premises of the Inventor Hub in Yangebup , owned and managed by Megan Gobey and shown real life applications of laser cutting and 3D printing,  including a visit to the plastics injection moulding facility next door.

They were offered projects and decided to do a project using Drones (Quadcopters), where, as teams of two students , they  assembled and flew  their own kit drone. This was competitive in nature with the first team to assemble fly their drone winning a prize. The girls team won,  which caused great consternation in the 3 other boys teams.

During the project, an environmental consultant , Hugh Osborn from Pendoley Environmental, came to the school and demonstrated the commercial use of their drone , which was used to track the nesting sites of turtles in the north of Western Australia.

Fully assembled drones were purchased and the students learnt to fly the drones , perform competitive tricks including flying around obstacles and popping balloons.

The next challenge is to fly five drones in a co-ordinated public display – watch this space!!!!

The transformation of their soft skills has been extraordinary .Students have developed increased self confidence, developed problem solving and team work skills. Some have demonstrated intuitive leadership during their projects. They are beginning to respect each other and listen to different points of view to help solve the challenges posed in both projects. 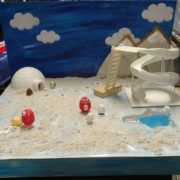 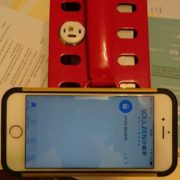 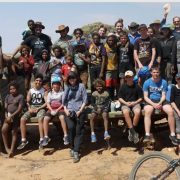 Innovation and STEM in High Schools